Weibo is the biggest social media platform in China.  Weibo means “microblog” in Chinese and it was originally run by the large corporations such as Tencent, SHOU, SHINA, and NetEase.  However, in the first half of the year in 2015, it turned out that 69.4% of Weibo users were actually users of Sina Weibo, launched and developed by Sina Corporation.  Since Sina Weibo has changed its name to Weibo in 2014, when you say “Weibo,” it means “Sina Weibo.” 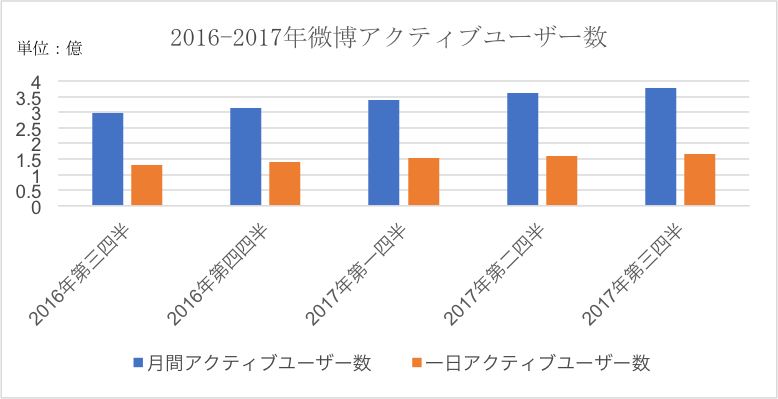 The video posts on Weibo are increasing.  Working with media companies, Weibo has more video posts, specialized in the certain fields. They released the function called “Weibo Story” in April 2017 which is similar to the function, “Stories” on Instagram.  That increased the number of the views of Weibo in the third and fourth quarter in 2017, up by 175% and the number of monthly active users of Weibo Story reached nearly 40 million people.

After the year 2016, Weibo started to offer a platform where you can post longer writings. (More than 140 letters). Also, in 2016, Weibo released the function which enabled paying users to have an icon representing “Top Writings” for their favorite or most useful posts on their smartphone display. The writers whose posts are chosen as “Top Writings” receive regular income and their posts are read by many people. This function also meets the user’s needs for getting useful information easily, and thus, improves user’s convenience. From Jan to Sep in 2017, the posts chosen as “Top writings” increased by 90% compared to the same period last year. 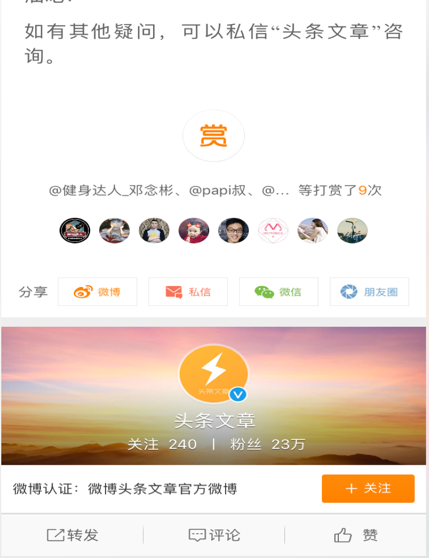 MCN, Multi-channel network, is a third-party service provider which offers the services for providing sales support, finding new customers, programming content, collaborating with creators, managing digital rights, monetizing, according to the official Google help page.  Weibo put effort into these services and by November of 2017, they have given their users and creators the management strategy and business resources, collaborating with 1,200 MCN channels in the animation, cosmetics, music, and drama fields. 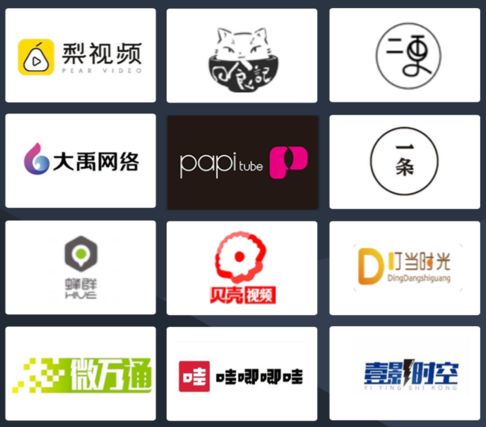 ・User’s devices: 92% of the users use mobile devices.

・The number of the day they logged in per month: Users logged in more than 15 days per month account for the highest percentage of all users.

・Popular categories: Popular categories among Weibo users are idols, animations or animation-related stuff, literature, and stock trading.“Who is the good-looking guy in the World Cup?” or “Whose wife is most beautiful?” are also popular topics with popular search words, “good-looking” and “beautiful.”

Paying users: Weibo’s paying users reached 4.73 million people, up by 72% compared to the same period last year, and the number is still growing.  The number of female registered users exceed that of male users, accounting for 61.8% of total users.  As for the age groups, users under the age of 30 account for 89.8%.  Under regional categories, the users are mainly located in Beijing (10.7%), Shanghai (6.4%), Guangzhou (3.0%), and Chengdu (3.0%).

The number of Weibo users broke the record and reached the highest in 2017, and those users tend to be young or have a higher educational background.  By region, there are more users in a medium-sized city or regional cities nowadays.

Paying users are increasing, too. One reason is that people are now looking for more convenient and useful services ever before, due to their income growth and the change of values.  The other reason is that people find values in unique information rather than just copied and pasted or retweeted information.  Having an icon for “Top Writings” is also spreading, and that helps to increase more paying users.

As of Feb 2, 2018, China National Internet Office announces the implementation of the management regulations for the corporations, managing SNS where people can post their short stories, pictures, and videos.  The regulation took effect as Provisions on the Administration of Microblog Information Services on Mar 20, 2018.

The provisions are as follows:

・Service providers need to acquire the permissions for providing services

・Enactment of the content (Establishment of the system to remove the content of false information and anything which can be perceived as a threat to national security.)

・User’s real name has to be used.

・Establish the system for responding to the customer’s complaints

The reason behind the enforcement of this regulation is that the information on Weibo has a huge influence on the people’s opinion on the Internet.  In June 2017, China Cyber Security Law has been implemented.  This was because the government believed there should be more regulations on internet information.  However, it seems impossible for the government to stop the influence of Weibo since it has such huge users and multi-contents.